VALLARTA SOUNDS
Moruno is a very talented group originally made up of Diego Mateo from Andalucia, Spain, Nacho Flores from Guadalajara, Mexico and Osmar Esquivel from Aguascalientes, Mexico.  They met and began playing together in Puerto Vallarta in 2014 blending music originating from the countries bordering the Mediterranean Sea.

I first heard them playing at Cuates y Cuetes, lured by sounds reminiscent of Django Reinhardt and Stephan Grappelli.  The music was an incredible mix of Spanish flamenco and French gypsy jazz, along with Greek, Moroccan and Egyptian sounds.  Their audiences couldn’t get enough!

Diego and Nacho were both heavily influenced in their childhood by music loving families.  Their formal studies and creative projects have provided them with a talent to be reckoned with.  We can enjoy their music at Cuates y Cuetes on Tuesdays at 8:00 PM and Thursdays with the full band at 6:00 PM.  Not to be missed! Diego on guitar  and Nacho switching between Guitar, Bouzouki, Mandolin and Arabian Oud to render wonderful music!  For the season beginning October, 2019, they added the incredible bass player from Ciudad Juarez, Roberto Falcon and percussionist Jimmie Ramon to their full band group.  Nacho and Diego are entertaining us at the inviting location of Babel Bar on the River Cuale Thursday afternoons from 1-3 PM.  A great place to relax in the garden patio overlooking the river while listening to  incredible music!  They also play their exotic mediterranean music at the wonderful Greek restaurant, Ecléctico on Calle Pulpito 120 on Saturday evenings from 8:00 to 10:00 PM. 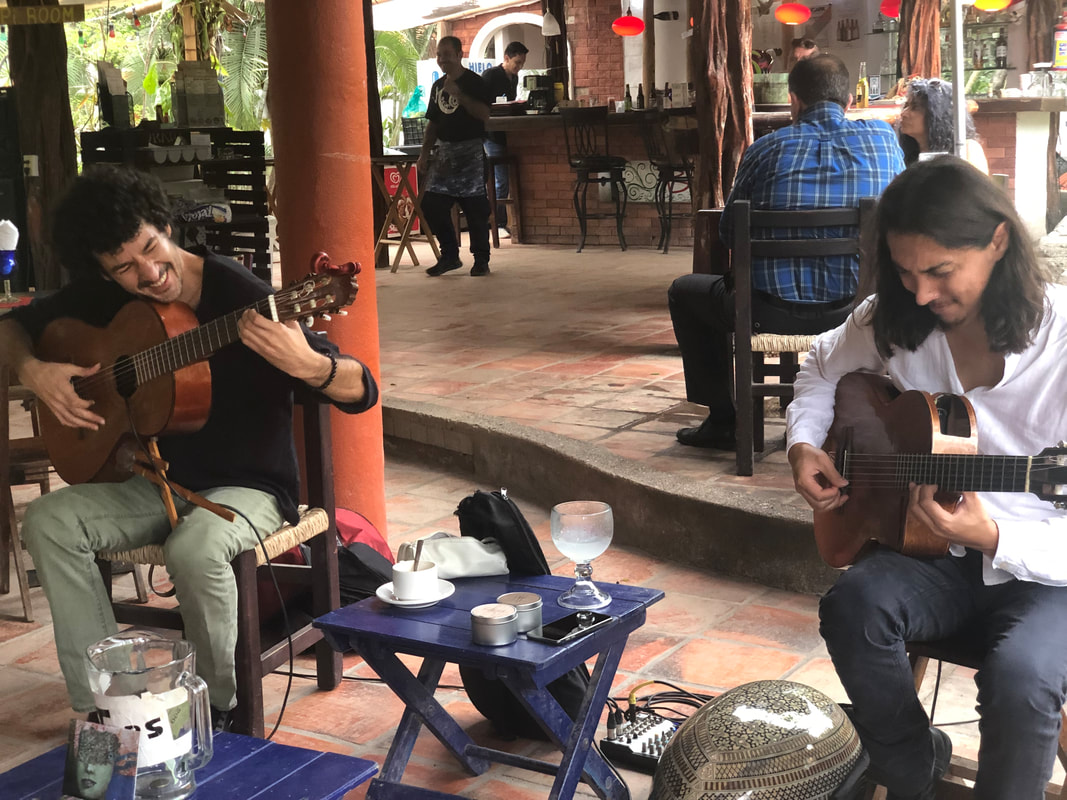