When I am visiting my home in California, I like to see what Latino groups are performing at the great venues in the San Francisco area like SF Jazz Foundation, the Paramount Theater, and others. It is interesting to me to compare these groups with those we see and enjoy here in Puerto Vallarta. Many of them come from similar beginnings, and through perseverance and proper management combined with a pinch of good luck, they end up on prestigious stages thrilling audiences all over the world.

Not long ago, I had the opportunity to see a unique group from East Los Angeles who has made a point of crossing musical and cultural frontiers. The group calls itself Las Cafeteras, after the cafe in East LA, where they first came together as college students. The group made up of both male and female members chose to use the feminine Cafeteras to show their respect and support for gender equality.

The members met at the cafe to study Son Jarocho, the music of Vera Cruz, Mexico, their roots music. Combining this exciting animated music with the rock and hip hop of their barrio, they have created a unique and vibrant sound that has caused a sensation in California and beyond. Progressive, and seeking unity in a world full of divisiveness and strife, their pleas for mutual understanding are well received by audiences all over. This year they are on an international tour encompassing many US, Canadian, and European cities.

The show I saw at the impressive Miner Auditorium in San Francisco last month was exceptional. A favorite of fans of the group is their Bamba Rebelde, a take-off of American singer Richie Valen's La Bamba with a robust East LA influence. The incredible dance steps of Hector Flores seem to be a zapateado combined with rock and roll, maybe a bit of Sammy Davis Junior going wild! The colorful favorite of Vera Cruz, La Iguana, was also a great hit. The group loves retro music as well and performs it with pizazz! All their music contains a message as well as just great fun. Denise Carlos, in her colorful traditional Veracruzana dress and authentic moves, interacts beautifully with the very hip East LA figure of Hector Flores to create an exciting show.

The group is composed of Denise Carlos, Leah Gallegos, Daniel French, David Flores, José Cano, and Hector Flores. The Chicago Tribune describes them as representing the Chicana and Mexican American communities of the US with the traditional rhythm of the Son Jarocho. You can find their music on YouTube and other online sources as well as their website www.las cafeteras.com.

This summer, several of our local groups will be hitting the road for Canada, hoping to stir up some international recognition which they justly deserve. The celebrated Gipsy Rumba/Latin fusion group Media Luna will perform at a festival in Calgary. It is pulling together an excellent itinerary, also including Montreal and British Colombia. Fans are encouraged to contact them with ideas for shows and or lodging. Fiery Flamenco group Tatewari is also planning to revisit Canada after their successful trip last year. You can contact either or both of them on their Facebook pages with ideas or questions.

The 2020 World Music Festival is gearing up again for their December 5 and 6 program this year at Oscar's Tequila Distillery. They hope to attract tourists from all over and introduce them to the wonderful talent Mexico has to offer. We are proud of the excellent level of talent we have in the Banderas Bay area and wish to share it with the rest of the world. For more information see www.worldmusicfestival.mx.  Get on their mailing list for updates. 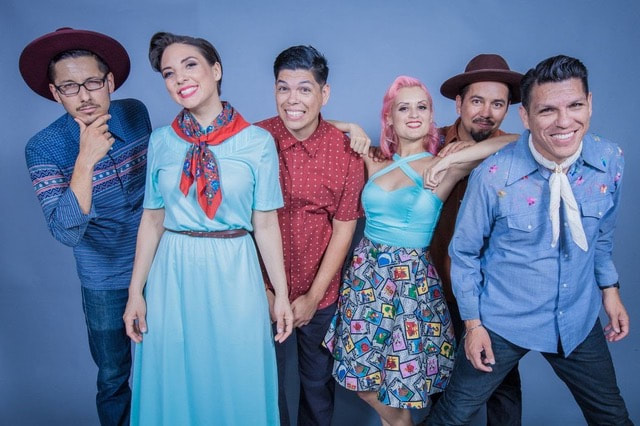