Brian Macedo is a very talented musician with vision and dedication.  His group, Trem de Minas, is spectacular. They amassed a large following in local venues and created quite a stir at the Bahia World Music Festival in December of 2019 here in Puerto Vallarta before the pandemic changed the landscape in 2020 and the beginning of 2021. The popular group comprised Brian on guitar and voice, Roberto Falcón of Ciudad Juarez on bass, Gary Flores of Puerto Vallarta on percussion, and Oscar Terrazas on saxophone.
​
When I first met Brian, I asked him about the meaning behind the name Trem de Minas. He told me his home state, Minas de Gerais in Brazil, was a famous mining town that used the train to transport its plentiful ore. Nowadays there is only one train car in a central park to remind people of the town's illustrious past.

Brian left his home in the state Minas Gerais for Northern Mexico in the early 2000s to visit his brothers on his way to relocate to London. His plans to live in Europe were interrupted, and he stayed in the North of Mexico. He met Roberto Falcón at a church where he was playing guitar in the city of Ciudad Juárez. Roberto Falcón, primarily a jazz bassist, began performing at the church as well. Soon the two were entertaining at other events together. In 2006 Brian moved to Puerto Vallarta, alarmed by the violence in those years in the northern area. Roberto soon joined him, and both have formed many meaningful professional relationships here in Puerto Vallarta.

If you came to a performance by Trem de Minas looking only for bossa nova, you might have been surprised. Brian Macedo refers to his music as "confusion" music—a mixture of cultures: Mexican and Brazilian, comprised of jazz, bossa nova, and samba. His bassist and friend Roberto plays with many groups of various genres and loves the variety. When he met Brian, he became fascinated with the Brazilian sound and soon immersed himself in it. He, too, enjoys the concept of combining their cultures for a unique and exciting musical experience. Soon the two met Gary Flores, a super talented percussionist of like mind, and brought him along. Gary plays with many different kinds of bands, from flamenco to jazz, and is fascinated by the music they create together.

Brian believes communication with the audience is essential. When he begins playing, he assesses the crowd searching for the best manner to engage them and take them where they want to go.

In Gary Flores’ opinion, the original music that comes from Brian is such that even people who don't know much about music will thrill to it. The lyrics in Portuguese are very poetic and sound lovely even to non-Brazilain ears. Some words are recognizable and bring in the listener. The addition of Spanish verses also engages the audience, allowing them to participate on a higher level.

During this pandemic induced slower period, Brian is working on new presentations, producing videos of his work both solo and with guests to keep us up to date. He believes in providing the best listening experience to his fans and encourages other musicians to do the same. When you listen to him and watch him perform, the positive aura surrounding the experience fills you with joy. 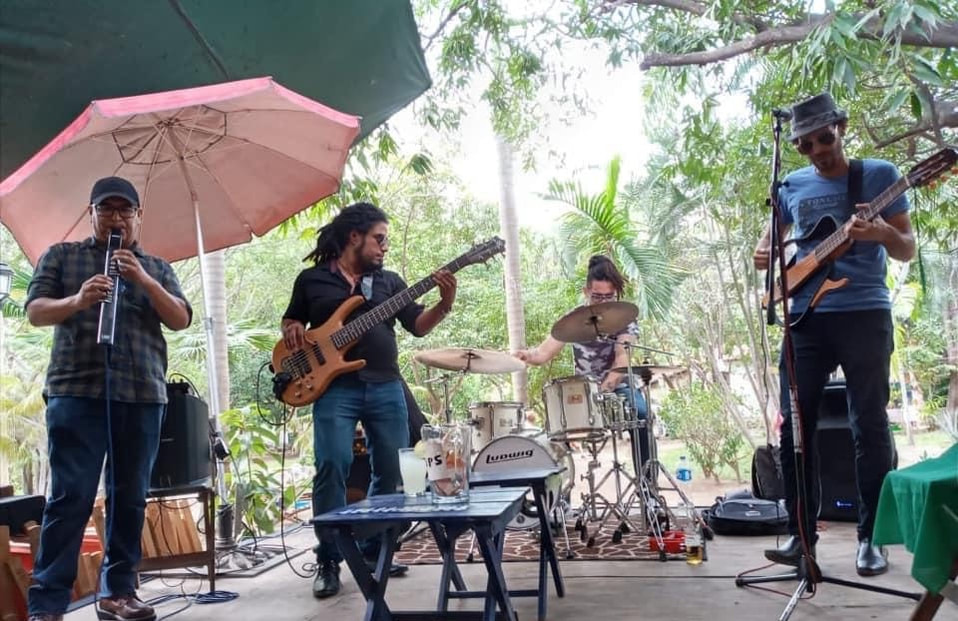