When I first met Nacho Flores in 2014, his group Moruno played the jazz manouche of Django Reinhardt, Flamenco of Southern Spain and music from around the Mediterranean Sea. I was captivated when I heard them at Cuates y Cuetes next to the pier in the Zona Romantica. At that time, Moruno was Nacho from Guadalajara, Diego Mateo from Andalucía, and a virtuoso violinist, Osmar Esquivel from Aguascalientes. They were spectacular.

After Osmar returned to the Bajio area of central Mexico, Nacho and Diego took on other musicians as they searched for the perfect combination of sounds to bring their inspiration to their audience. For 2019, he brought together an energetic and innovative band with the celebrated bassist from Ciudad Juárez, Roberto Falcón, and talented percussionist Jaime "Jaguar" Ramon. The energy of the group was formidable, and their repertoire exhilarating.

An extremely versatile musician, he is accomplished on Spanish guitar, guitar manouche, bouzouki, mandolin, Arabian oud, and other string instruments. He improvises and creates stunning interpretations of music from numerous cultures. Whether playing with Diego's Spanish guitar, Carlos Rodriguez of Guadalajara on violin, or this year's pairing with a talented flamenco vocalist Juan Manuel Ramirez or the impressive percussionist Jaime Ramon, Nacho mesmerizes audiences.
Nacho comes from a musical family in Guadalajara. He tells me the family was very much into Mediterranean music and jazz manouche, which probably influenced him. The musicians with whom he has surrounded himself are all accomplished and versatile. He enjoys working with those who are not afraid to push beyond the ordinary's comfort zone and instead are motivated to stretch to new heights. His joy is evident in his expression when he and others are successfully pushing forward on new and challenging projects.

This year he has concentrated on perfecting his solo performances adding special guests to enhance the atmosphere he wishes to create.

Nacho is currently playing on Thursday and Saturday evenings 6-8 at Cuates y Cuetes at the beach next to the pier in the Romantic Zone, Eclecticos, the inspired Greek restaurant at Pulpito 120 on Friday evenings, and No Way Jose's upstairs outdoor patio (5 de Febrero 260) on Saturdays at 7:30. He also plays with Miguel on violin at a lovely  Italian restaurant in Versailles called La Tosca on Tuesday evenings.  This is a new restaurant open by Gaetano previous owner of Bocón di Vino on Basilio Badillo. Nacho has such a reach that you will enjoy a wide variety of music on various exotic instruments, including Mediterranean, Spanish Flamenco, Italian and classical. Wherever you find him, take notice. The music will enchant you.

Nacho is available in many combinations for private events and shows. He is renowned for his Arabian Nights concerts, complete with a belly dancer, he put on at Babel Bar in 2019. They were spectacular! You can contact him on his Facebook page or through me at my website vallartasounds.com, and I will happily pass on the message. 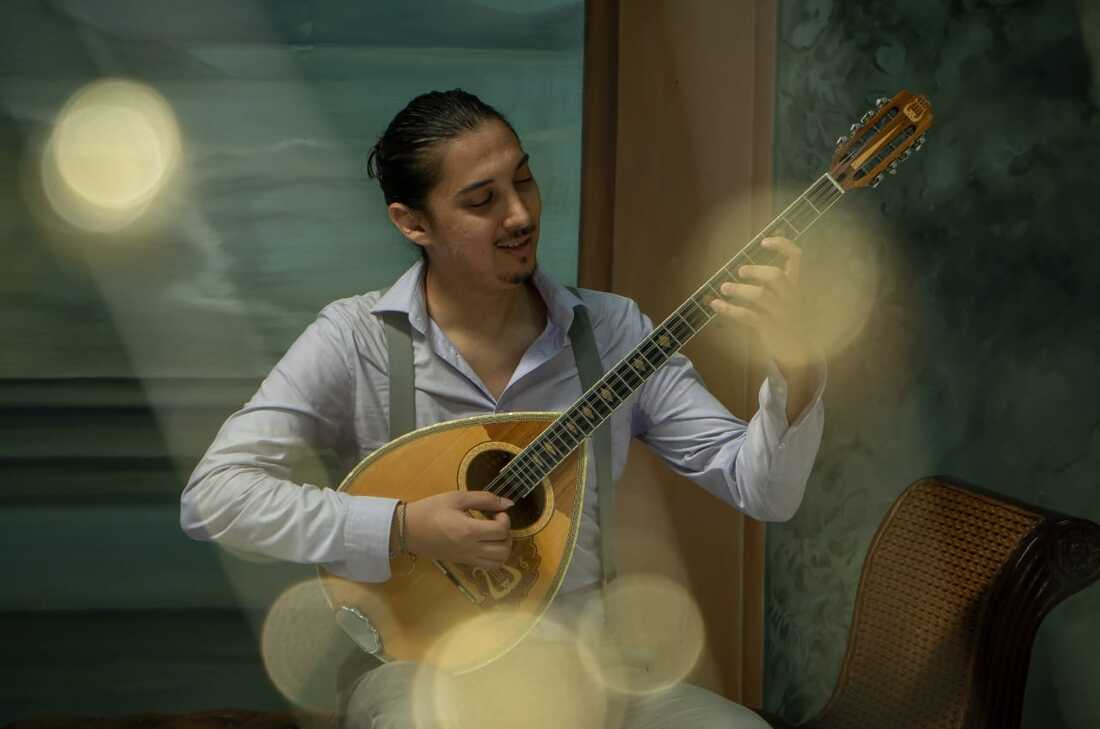