Coronavirus has had many effects on my life. Obliged to stay at home and unable to do much to change the situation, I am learning to accept my lack of productivity and be entertained with films and books. On Netflix I discovered a limited series called El Candidato, The Candidate, and was reminded of an upsetting incident in Mexican political life. I had paid some attention in March of 1994 to the assassination of the popular Luis Donaldo Colosio, chosen successor of PRIist President Carlos Salinas de Gortari, President of Mexico from 1988 to 1994. It was primarily believed at the time of his killing that there were cartel connections or that the PRI itself was responsible for his murder, and that was about all we heard in the US press. At that time in my life, I was juggling three jobs and two young children trying to stay afloat and failed to take the time to investigate further.

So what happened on March 23, 1994? A short time before holding an essential rally in a poor neighborhood in Tijuana, chosen PRI presidential candidate Luis Donaldo Colosio made an address to crowds in Mexico City at the Plaza of the Revolution. Recent uprisings in the southern state of Chiapas over the injustices in the treatment of its impoverished and mostly indigenous people had his attention. In his address, he made it clear that his presidency would get rid of the corruption, crackdown on the drug lords, and focus on the poor and underserved people of Mexico who were, in his opinion, exploited and neglected. His words caused a commotion amongst the upper-level PRI leadership who tried to convince him to leave these unpopular issues aside in his campaign. He refused and carried on with his message. During the Tijuana rally, due to a probably orchestrated lax security by the local government, one or perhaps two gunmen got close enough to him in the crowd to fire two shots, one to the head and another to the stomach. Chaos ensued. Law enforcement arrested a suspect, but despite attempts to save his life, Colosio died.

The Salinas presidency began on a positive footing. The neoliberal free trade policies he inherited from his predecessor, including privatizing government-run companies, encouraged an economic boom that benefited the upper classes and politicos but ignored social equality. Towards the end of his presidency, the cracks began to show, and his popularity was in decline. Years of economic growth were crumbling both on the domestic front and internationally. Mismanagement and corruption were exposed. As a result, the years after the end of Salinas' presidency brought on the worst economic crisis the country had ever experienced.

Following the Colosio incident, there were killings and scandals involving the Salinas family, including embezzled funds found in Swiss bank accounts, money laundering, and cartel connections. Salinas himself removed himself to Ireland to escape involvement in the case.

Many people did not agree with the findings of the investigation completed at the time. A recent release of previously classified documents has created a stir, and we may see a reopening of this intriguing case shortly. President Lopez Obrador has agreed to look into it.

We are lucky to have so many online resources where we can explore ideas and matters of importance. Don't forget YouTube for music! It is beneficial to keep our minds busy during this stressful time while we work together towards diminishing the effects of the Coronavirus.

(Photos are from media coverage of the Tijuana event at the time of the assassination.  Final is my own photo of Plaza of the Revolution, Mexico City where the controversial speech was made.) 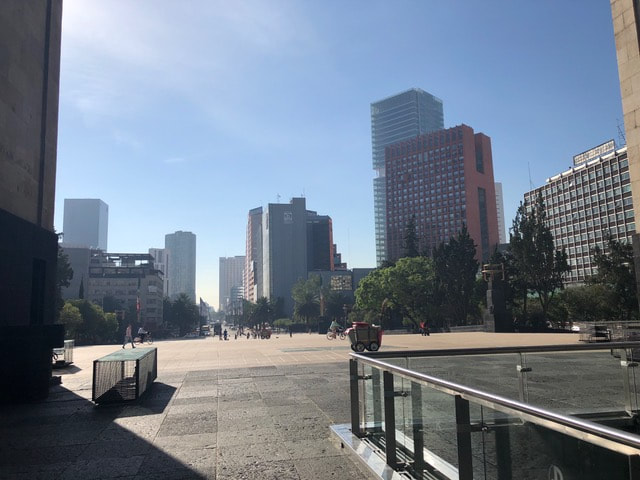